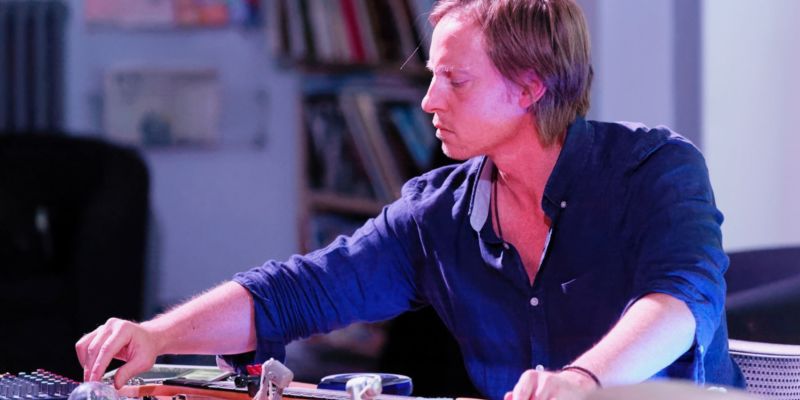 Bill Thompson performs his latest work for tabletop Moog guitar and electronics soon to be released on Burning Harpsichord Records.

Originally trained as a jazz guitarist at North Texas State University, Thompson abandoned guitar after recurring bouts with tendinitis left him unable to play. Instead of pursing a jazz career, for the past 20 years he developed an experimental and sometimes controversial music practice using found objects, bespoke electronics and laptop. Since 2017, however, he has returned to guitar, albeit, using one made by Moog.

The Moog guitar is unique in its ability to infinitely sustain as well as blend different overtones via the foot pedal. Hailed as the next evolution in guitar technology, many didn’t like the feel of it or the price ($6495) and it was eventually discontinued.  For Thompson, however, who had developed a practice based on sustained drones, subtle timbral shifts and ultra-slow transitions, it was the perfect instrument. It allowed him to explore the same territory he had been investigating for 20 years but with the added dimension of physical contact – something he had to forgo with the laptop.

His latest work showcases this new approach, and carries on from last year’s release, Mouthful of Silence,  (Jazzwise Magazine’s Staff top 10 releases of 2018).

Silent Chaos support with Origins, an immersive sonic exploration of our growing disconnect with nature and our true selves which aims to explore our origins, both spiritual and material, digging deep into the collective unconscious, using complex environments in contemporary media art for creating self-evident and unique experiences, that invite the audience to dive into the legacy of Humanity and to reconnect them to their Origins.