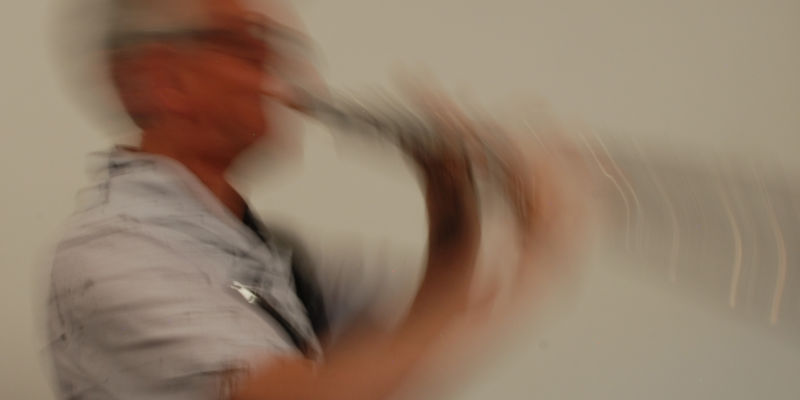 The three works included in this programme offer a window upon the world of the contemporary oboe and its relationship to the use of electronics. The works explore the vast range of sounds and techniques available to the oboist and composer today including multiphonics, microtones, extended range and a number of unpitched, percussive and other sounds.

Roxburgh, creates a sound world which emanates from the oboe as a central sound source which is ‘circumnavigated’ by other sounds. The other sounds are taken from the live oboe and are sometimes modified by the electronics.

Gorton’s work, the title of which means memory game, is one of extreme technical virtuosity, pushing the performer to the technical limits and asking the person controlling the electronics to be involved in the performance by improvising using snippets from the live oboe to create distant memories of what has been played, sometimes matching the live performer and sometimes contrasting the live sounds.

Holliger’s Cardiophonie is a very dramatic and theatrical work which deconstructs the oboe’s traditional sound world. The work occupies similar territory to some of Becket’s theatrical works. The performer’s heart is amplified and used to create the pulse of the piece (the audience also hears it) and a series of long loups of the performer are recorded and played back thus creating layer upon layer of sound.

Multiphonics & the Oboe documentary from Christopher Redgate on Vimeo.

Erinnerungsspiel by David Gorton from Christopher Redgate on Vimeo.