Samuel Bordoli is currently Scottish Opera’s Composer in Residence. During the 2017/18 Season he composed Wings and three piano interludes for the Opera Highlights tour, and Grace Notes to complement the Company’s production of Ariadne auf Naxos. In the 2018/19 Season, he composed an Overture and To Music for the Autumn 2018 Opera Highlights tour, as well as Le trésor des humbles for soprano and orchestra, premiered in March at Aberdeen’s Music Hall. Plans for 2019/20 include The Narcissistic Fish, a short opera film, and Hermia’s Nightmare, to precede A Midsummer Night’s Dream.

In 2017 Tête à Tête and Sound Scotland commissioned Belongings, a new music theatre piece, which was performed live on the Caledonian sleeper train, in London during Tête à Tête: The Opera Festival and in Aberdeen for soundfestival. In 2016 Bordoli’s anthem
The Great Silence was premiered at Windsor Festival by The Children and Gentlemen of Her Majesty’s Chapel Royal, St James’s Palace, The Choir of St George’s Chapel, Windsor Castle, The Choir of Her Majesty’s Chapel Royal, Hampton Court Palace, and The Choir of The Queen’s Chapel of the Savoy in a concert celebrating The Queen’s 90th Birthday, in St George’s Chapel, Windsor Castle. It was composed to commemorate choristers who lost their lives in the First World War and continues to receive regular performances, raising funds for charity.

His fourth Live Music Sculpture, a site-specific work composed for the GLA City Hall building in a collaboration with Foster + Partners, was premiered in Open House London; and Crux fidelis, commissioned by Choir and Organ magazine, was performed in St Paul’s Cathedral.

In 2018 Bordoli co-produced The Planets 2018 with SoundUK, the latest project in his Live Music Sculpture series. Described in a four-star review by The Guardian as "...a dizzying and smartly staged show", this was a new suite of pieces inspired by planetary science by eight contemporary composers performed by the Ligeti Quartet in planetariums across the UK.

Bordoli became the first composer to create site-specific compositions for the iconic landmarks Monument and Tower Bridge in 2012 when his Live Music Sculptures 1 and 2 were featured in the City of London Festival. They were described by the Observer as “working wonders with public acoustics” and “beautiful and ethereal”. His site-specific work for St Paul’s Cathedral, Live Music Sculpture 3, was performed five times during one day and subsequently shortlisted for a 2014 BASCA British Composer Award in the Choral category.

Other recent premieres have included GRIND, a major commission from Tête à Tête and PRS for Music Foundation, performed at the Southbank Centre and the Glasgow UNESCO Commonwealth Games, released on NMC Records, and shortlisted for a 2015 BASCA British Composer Award; Fire, Silver, Gold commissioned for the United Guilds Service at St Paul’s Cathedral to celebrate the 400th anniversary of the grant of a royal charter to The Worshipful Company of Founders; and a new chamber work As I Lay Dying was premiered in the Philharmonia Orchestra’s Music of Today Series at the Royal Festival Hall.

Born in 1987 in England, Samuel Bordoli began composing and conducting at an early age. His first orchestral work was performed at the Bedford Corn Exchange when he was aged sixteen. Samuel was awarded the Mendelssohn Scholarship and the Manson Fellowship at the Royal Academy of Music where he studied for a MMus with Philip Cashian and Simon Bainbridge. He was mentored by Sir Peter Maxwell Davies for nine years after studying with him at Dartington International Summer School. He gained a BMus (Hons) at Birmingham Conservatoire studying with Edwin Roxburgh. He has appeared on BBC Radio 3 and 4, London Live, Classic FM, BBC World Service and ITV News.

Samuel Bordoli composed the music and libretto for the chamber opera Amerika, in 2012, based on the novel by Kafka, which was commissioned by Tête à Tête. In the same year, he was also a featured composer in the City of London Festival. In 2011, he was Composer-in-Residence on the Liturgical Music Courses held at Winchester Cathedral, and collaborated with the dramatist Mark Ravenhill on a lite-bite opera for the Tête à Tête Opera Festival. In 2008 his piece Eta Carinae Nebula was featured by the Birmingham Contemporary Music Group as part of the 'Boulez in Birmingham' festival, alongside work by Boulez.

Bordoli’s work has won numerous awards and prizes, including the Royal Philharmonic Society Composition Prize, Charles Lucas Prize, the Alan Bush Prize, and recognition from the Mendelssohn Foundation, the Countess of Munster Musical Trust, the AHRC and the Ralph Vaughan Williams Trust.

In addition to composing, Samuel has also been very active as a conductor in numerous contemporary music performances in London and Birmingham including concerts and workshops with The Swift Ensemble, Symphony Orchestra and Thallein Ensemble. As a student, he conducted over thirty premieres of his colleagues’ work.

Samuel was awarded an ARAM by the Royal Academy of Music in 2018. A selection of his choral music is published by Stainer & Bell. 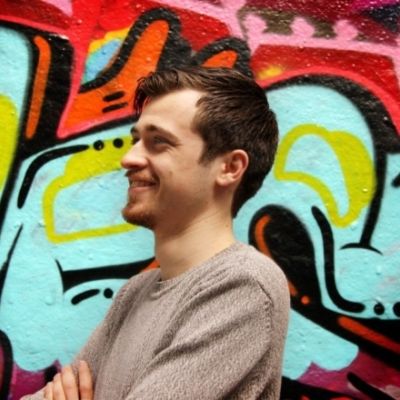