Roxanna Albayati is a cellist, artist and researcher. She merges experimental music and performance art, through focusing on cross-cultural improvisation, Iranian classical music and physicality of performance. Although predominantly a cellist, Roxanna also uses her voice and body to materialise and realise her experimentations, fascinated by the process and natural evolution of discovery. Her teaching, artistic and research practices often cross paths, where, through constantly embodying a/r/tographic principles, Roxanna places herself at the centre of inquiry, in order to strengthen and inform the basis for creative and educational practices.

She is one of the founding members of the New Maker Ensemble, a group dedicated to experimenting with various art forms of new music and performance art. In 2019 she won the Gladys Puttick Improvisation Competition with duo partner Kristjan Kannukene. Roxanna has performed in venues such as I’klectik Art Lab, Arebyte Gallery, Wellcome Collection, Southbank Centre and Teatrio Balthazar Dias (Madeira, Portugal). She has has worked with composers such as Alan Hilario, Cecília Arditto and Neil Luck, and performed in events including the King’s Cross ‘Tête-à-tête’ Opera Festival, METRIC IP (EAMT, Tallinn, Estonia), Sounds Between Conference (University of Surrey), Sounds Like THIS Festival (Leeds College of Music), We Make Tomorrow Climate Summit (Serpentine Galleries, London) and Compositional Aesthetics and Political Conference (Goldsmiths, UoL). She completed her BMus in Music at Goldsmiths, University of London, in 2015, studying cello performance under Rebecca Turner. In 2020 she completed her MA in Performance and Music Education at Trinity Laban, achieving a distinction. She studied cello performance under Natalia Pavlutskaya and music education under Tim Palmer, as well as studying improvisation under Douglas Finch and second study singing under Linda Hirst. In 2020, initially as part of a research project, Roxanna  begun Iranian classical music training - this training is ongoing with the support of the Bert Jansch Foundation.

Roxanna is currently working at Trinity Laban Conservatoire of Music and Dance as a graduate co-researcher, looking into student learning experiences, sense of belonging and the role of student voice, as well as facilitating improvisation sessions. 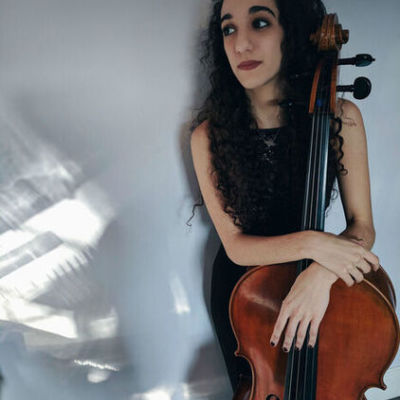