Rūta Vitkauskaitė’s musical interests are widely varied – while working in the field of classical composition, she has also dedicated much of her time for research in collaborative music creation and music personalisation. Ruta has recently received PhD in Composition at the Royal Academy of Music in London, where she focused on audience engagement and collective music creation.

Her collaborative electro-acoustic opera for blind-folded audience, Confessions, created by Spatial Opera Company has won Golden Stage Cross in Lithuania, and since then has toured across Lithuania, Sweden and EU with 47 shows to date. Her Walking Opera (opera co-created with local communities and presented as sound-walk around local areas), has been premiered in Aarhus Capital of Culture 2017, and re-created in Notting Hill, London.

Ruta has written more than 80 instrumental scores. Her ensemble and orchestral compositions have been five times awarded as Best Composition of the Year by Lithuanian Composer's Union, while her music has been performed in festivals across EU, including Gaudeamus, Operadagen (NL), Apeldoorn, Sound (UK), Nordbeg, BZZZ, Halland (SE), Gaida, NOA (LT), Q-O2 Winter fest (BE), SUSA (DK) and elsewhere, and has been broadcast on Lithuanian National TV, LRT Classic, BBC Radio 3, Deutschlandradio Kultur (a special one hour long portrait) and many independent radio stations.

Ruta has also been an active initiator of experimental music projects, from collaborative groups to large scale festivals: she was director of Druskomanija festival and workshop series the Process in Lithuania for several years, facilitator of New Music Incubator in Nordic and Baltic countries and across EU, facilitator and tutor at ComposersPlus summer academy in Lithuania, and currently – initiator of CoMA, Contemporary Music for All, Glasgow branch. This year, Ruta has been awarded Royal Philharmonic Society Composer's Prize. 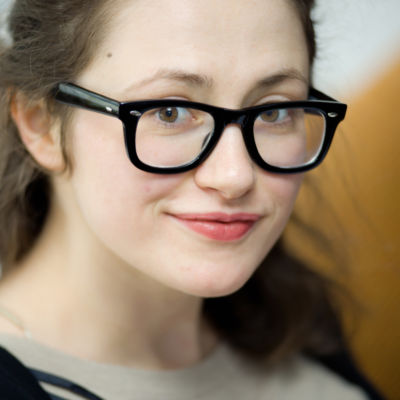