Pascale Criton studied composition with Ivan Wyschnegradsky, Gérard Grisey and Jean-Etienne Marie. She took electro-acoustic training at CIRM (International Centre for Musical Research, Nice) from 1980 to 1982, as well as a musical computing course for composers at IRCAM (Paris) in 1986. Passionate by work on the sound continuum, she met Gilles Deleuze and became his interlocutor in the musical field (1974-1987).

Since 1980, Pascale Criton has explored micro-intervals and their organization, whether it be quarter-, twelfth- or sixteenth-tones. A specialist of microtonality, her writing uses scordatura (specific tuning of stringed instruments, guitars and piano, renewing instrumental technics and expression), combined with orchestral instruments and electronics. In 2002, the Ensemble 2e2m devoted a publication to her work, which was brought out in the À la ligne collection (Ensemble 2e2m): Pascale Criton. Les Univers microtempérés, as well as a monographic CD in 2003 under Assai label.

In 2017, a monographic CD "Pascale Criton, Infra" cames out under the Potlatch label. She is currently in research-creation residency in the framework of Collegium Musicae (Sorbonne Universities) and at Bordeaux University under the Arts-Sciences program (Sonotact project). 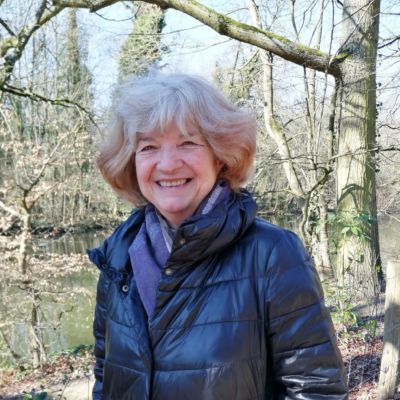