Luke Styles is a British and Australian composer, published by G.Schirmer/Music Sales. In 2017 he received his Aldeburgh Festival début with his large work All Howl At Once. Most recently his sixth opera Ned Kelly premiered at the Perth Festival and his song cycle, On Bunyah, written for Mark Padmore and the Britten Sinfonia premiered at the Wigmore Hall, London followed by the Australian premiere at the Coriole Music Festival receiving wide critical acclaim “Styles’s On Bunyah is magnificent and just like the poem is raw, not polite.” – The Australian

From 2011-2014 Luke was the first Glyndebourne Young Composer in Residence, followed by a signing with IMG Artists. In 2015 he became the first composer in residence at London’s Foundling Museum since Handel. At Glyndebourne, Luke composed two chamber operas and two youth operas, which were performed on the Glyndebourne main stage and the Royal Opera House Covent Garden, by the London Philharmonic Orchestra under the baton of conductors such as Vladimir Jurowski. His cabaret opera Unborn In America, found an ideal home in London’s grimy cutting edge Vaults Festival. Alongside his operatic work Luke has found time to write new works for the London Sinfonietta, the 2014 Commonwealth Games and members of the Orchestra of the Age of Enlightenment.

Luke began his composition training with a Bachelor of Music (composition) degree at the Royal Academy of Music London (graduating with honours in 2005, in 2015 Luke was made an Associate of the Royal Academy of Music). Following this Luke went on to postgraduate studies with Wolfgang Rihm at the Hochschule für Musik Karlsruhe, Germany (funded by a full DAAD scholarship), with George Benjamin at King’s College London (funded by an Association for Cultural Exchange Scholarship), with Detlev Müller-Siemens at the Universität für Musik und darstellende Kunst Vienna and Luke completed a PhD at Trinity Laban Conservatoire of Music and Dance with Michael Finnissy.

Throughout his career Luke has been heavily involved in creating collaborative and multi-disciplinary works. These have included works for dancers and circus performers, in the form of Handspun, commissioned by the Royal Opera House Covent Garden and subsequently produced in Oslo, Helsinki, Prague, Stockholm and London. Luke has created silent-film scores for the British Film Institute and Karlsruhe Stummfilm Tage (Germany) and works for musicians and actors for Kings Place (London) and the Werkraum Festival (Germany).

Luke has been the recipient of many awards and prizes, from the inaugural PRS Foundation Composers Fund (2016) to the prestigious Wolfgang-Rihm Scholarship 2008 and the German Academic Exchange Service (DAAD) Scholarship, 2006/07. His opera Tycho’s Dream was shortlisted for a 2015 British Composer’s Award and his politically charged satirical cabaret opera Unborn In America won him the Stephen Oliver Award 2013. In 2018 Luke was made a represented artist of the Australian Music Centre. 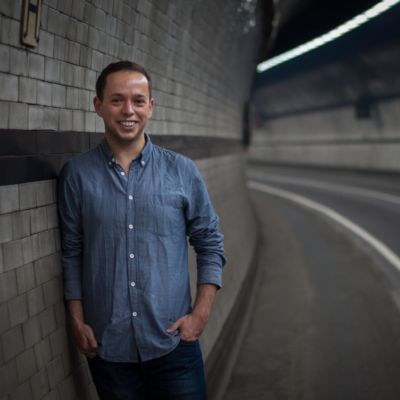