Lana Trotovsek was a student of Ruggiero Ricci in Mozarteum Salzburg. In September 2014 she appeared in two concerts with Yuri Bashmet and the Moscow Soloists performing Mozart's Sinfonia Concertante and made her debut with Valery Gergiev and Mariinsky Theatre Orchestra in 2012 with Prokofiev Concerto No.1.

Her performances have been broadcast on BBC Radio 3, Arte TV (France) and RTV (Slovenia). Lana has recorded for Meridian, Signum, Champs Hill and Hedone records.

She started to play the violin when she was 4, with teacher Majda Jamsek. At the age of 17, Lana was taken under the auspices of Ruggiero Ricci, who was her mentor for 18 months at the Academy Mozarteum Salzburg. She has also been guided by Ivry Gitlis, Ida Haendel, Pierre Amoyal, Tasmin Little, Georgy Pauk, Edith Peinemann, Bernard Greenhouse and Menahem Pressler and has studied with Volodja Balzalorsky and Primoz Novsak at the Academy of Music Ljubljana, Vasko Vassilev and Rivka Golani at Trinity College of Music and at the Royal College of Music in London with Itzhak Rashkovsky.

Lana is an assistant professor at the Trinity Laban Conservatoire of Music and Dance in London in the class of Boris Brovtsyn and in the class of Volodja Balzalorsky at the Academy of Music Ljubljana, Slovenia.

She plays on Pietro Antonio dalla Costa violin made in 1750 on loan from a private benefactor. 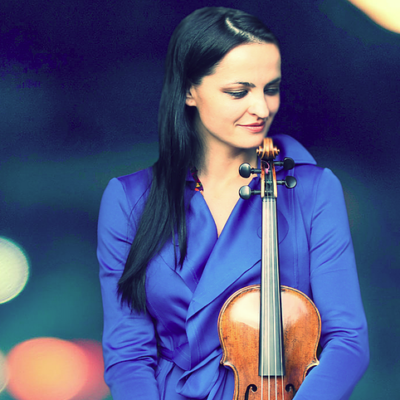