Kausikan Rajeshkumar has performed extensively across the UK and abroad, including at the Queen Elizabeth Hall, Wigmore Hall, The Sage Gateshead, St. Martin-in-the-Fields, and St. John's, Smith Square, and has been broadcast on BBC television and radio. Kausikan was a Piano Finalist of the BBC Young Musician of the Year competition in both 2006 and 2008, and in 2009, won the International Franz Liszt Competition for Young Pianists in Weimar.

He has also participated in masterclasses with such musicians as Dame Fanny Waterman, Andras Schiff, Stephen Hough,  Yundi Li, Steven Isserlis and Menahem Pressler. Recent engagements include a recital tour in Catalonia, Spain, concerts in Schloss Schillingsfurst and Weimar, Germany, and an appearance in the RCM 'Rising Stars' series at the Cadogan Hall, London.

Kausikan was born in London in 1990 and began to learn the piano at the age of seven. In 1999, he won a scholarship to attend the Purcell School of Music, London, where he studied the piano under Tessa Nicholson. He was offered top scholarships from the Royal Academy of Music and the Royal College of Music, but instead took up a place to read Music at Cambridge University, where he graduated with First Class Honours, and was the recipient of an Instrumental Award, the Donald Wort Prize, the Edith Leigh Piano Prize, and won both the CUSO and Cambridge University Musical Society concerto competitions. Kausikan is now on the Master of Music in Performance course at the Royal College of Music on a full ABRSM scholarship, where he studies with Ian Jones, and has been supported by the Arts and Humanities Research Council, the Michael Whittaker Award at the RCM and the Martin Musical Scholarship Fund. Kausikan also recently won the McCallum Outstanding Pianist Prize at the Royal Overseas League Music Competition 2013. 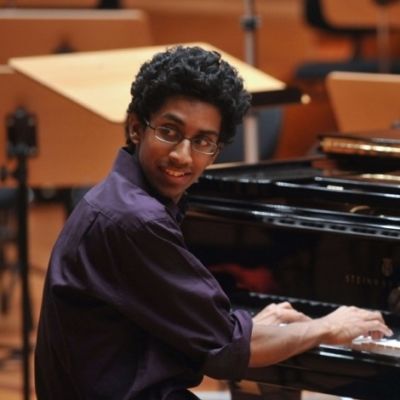