Karlheinz Essl attended the Vienna Musikhochschule (1981-87), where he studied composition with Friedrich Cerha and electro-acoustic music with Dieter Kaufmann. From 1979, he also studied musicology and art history at the University of Vienna (doctorate 1989 with his thesis Das Synthese-Denken bei Anton Webern). Active as a double bassist until 1984, he played in chamber and experimental jazz ensembles. As a composer he has contributed to the Projekt 3 composition programming environment of Gottfried Michael Koenig at Utrecht and Arnheim (1988-89) which later transformed into his own Real Time Composition Library (RTC-lib) for Max/MSP/Jitter.

Essl also served as composer-in-residence at the Darmstadt summer courses (1990-94) and at IRCAM (Paris, 1992-1993). Between 1995-2006 he taught Algorithmic Composition at the Studio for Advanced Music & Media Technology at the Bruckner University, Linz. Since 2007, he is professor of composition for electro-acoustic and experimental music at the Vienna University of Music and Performing Arts. Between 1992 and 2016, he acted as the music curator of the Essl Museum in Klosterneuburg / Vienna.

His work with computers (with emphasis on Algorithmic Composition and generative art) and a prolonged occupation with the poetics of serial music have been a formative influence on his compositional thinking. He has frequently sought to combine music with other genres and has collaborated with the graffiti artist Harald Naegeli (Partikel-Bewegungen, 1991), the writer Andreas Okopenko and the artists' group "Libraries of the Mind" (Lexikon-Sonate, 1992--8), the architect Carmen Wiederin (Klanglabyrinth, 1992-95), the video artist Vibeke Sorensen (MindShipMind, 1996, a multimedia installation for the Internet) and the artist Jonathan Meese (generative video and sound environment FRÄULEIN ATLANTIS, 2007).

During the 1990s Karlheinz Essl carried out various projects for the Internet and became increasingly involved with improvisation. At the festival WIEN MODERN 1989 he presented as an emerging composer, and in 1997 he was featured at the Salzburg Festival with portrait concerts and sound installations. In 2003, he was artist-in-residence of the festival musik aktuell, and in 2004 he was presented with a series of portrait concerts at the Brucknerhaus Linz. In 2004, Karlheinz Essl received the cultural prize for music of the state Lower Austria. 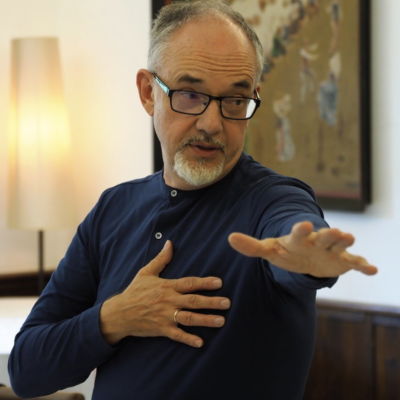