One the most prominent composers active in the UK, John Casken has written music for a variety of forces from chamber music to large-scale orchestral, and from vocal and choral music to opera. The titles of his works reveal that he can be inspired both by literature and legend, and by landscape and painting. His first opera, Golem, based on the Jewish legend of the same name, was written in collaboration with Pierre Audi for the 1989 Almeida Festival. It brought Casken the First Britten Prize for Composition in 1990 and a Virgin Classics recording. The opera has received six further productions since 1989. Casken’s second opera, God’s Liar, elaborated Tolstoy’s novella Father Sergius and was jointly commissioned and presented by the Almeida Festival, London, and Théâtre Royale de la Monnaie, Brussels, in 2001, directed by Keith Warner.

A number of Casken’s works reflect aspects of the landscape and literature of the North of England, where he lives in Coquetdale in Northumberland: Orion Over Farne (1984, for orchestra), To Fields We Do Not Know (1985), a Northumbrian Elegy for unaccompanied chorus, and the orchestral song-cycle Still Mine, written for Thomas Allen for the 1992 BBC Proms. His friendship with the Northern Sinfonia has resulted in a number of works: Maharal Dreaming (1989), the Cello Concerto, written for Heinrich Schiff, and Darting the Skiff. The latest collaboration with Northern Sinfonia is Farness – three poems of Carol Ann Duffy (2006) for soprano, solo viola and chamber orchestra, premièred at the 2006 Huddersfield Contemporary Music Festival.

Casken’s Violin Concerto was premièred at the 1995 Proms. Sortilège, a symphonic poem inspired by Tennyson’s idyll Merlin and Vivien, was commissioned by and premièred by the Philharmonia Orchestra. Casken’s first symphony – Symphony (Broken Consort) – which includes a gyspy ensemble within the orchestra, was commissioned by the BBC for the 2004 Proms. John Casken had a long association with The Lindsays, and as well as three string quartets written for them, he also composed Rest-ringing (2005) for string quartet and orchestra, commissioned by the Hallé Orchestra for the quartet in the year of their retirement. 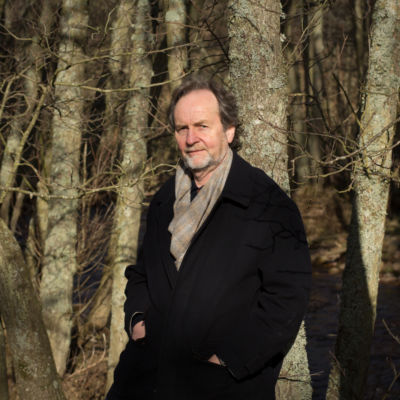