Joe Stollery is a composer currently based in central Aberdeenshire. He recently graduated with a MMus in Composition at the University of Aberdeen (2016).

He has written for a wide variety of ensembles, mostly instrumental, but also including art songs and some secular choral works, as well as a handful of chamber operas. His musical interests (including 19th and 20th century classical, musical, film music, rock and metal) cover a wide range, and as such his compositional aesthetic stands somewhere between tradition and the avant-garde, often coming close to each pole in the same piece, but through many different approaches. This is mainly prevalent in his harmonic writing, which, while usually expressing a conventionally tonal language, also regularly explores chromatic progressions through unorthodox cadences and part-writing. He is also keen on putting dramatic statements into his music, and is inclined towards a theatrical element in many of his instrumental works (The Twa Corbies, Pantomime-Masque, A Recumbent Gateway). He is particularly interested in the concept of illustrating a variety of external ideas in music.

He was twice a finalist in the Carlaw-Ogston Composition Award (2015 & 2016), has participated as an observer at the Cheltenham Festival (2016), and has been commissioned by the Aberdeenshire Youth Orchestra and the Geneva-based wind band L’Harmonie Nautique, amongst others. He was also commissioned by the sound festival and the Silver Cities Stories project for his opera Mither Kirk (2017), and has collaborated with Scottish Opera for the production of Nature’s House (2014), as part of a Leverhulme scholarship. His first opera The Maiden Stone (2014), based on a local legend, was given its premiere outside at the foot of the hill Bennachie where the story was set.

His personal interests lie in a wide variety of sources, many of which stream into his music. These include the local environment and its history, nature, myths and legends, especially with regard to mythical creatures, and the supernatural. 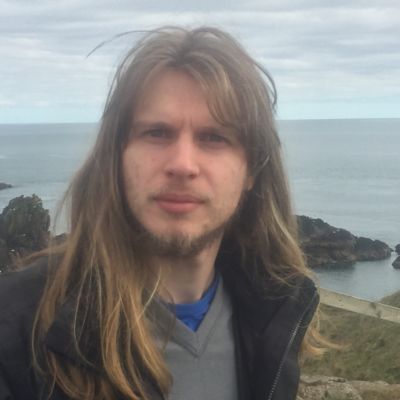