Joanna Nicholson studied clarinet and piano at the junior department of the Royal Scottish Academy of Music and Drama, and went on to complete her degree at the Royal College of Music, London, where she was awarded an Exhibition Scholarship and several prizes. Since graduating in 1992 she has pursued a lively and varied freelance career based in Scotland.

She performs, broadcasts and records with many of the UK’s finest orchestras and ensembles, including recently the Royal Philharmonic Orchestra, Royal Scottish National Orchestra, BBC Scottish Symphony Orchestra, Ulster Orchestra and Scottish Chamber Orchestra, and she has been a soloist at the BBC Proms in London’s Albert Hall, and with the Scottish Ensemble. Her chamber music involvement includes work with Daniel’s Beard, the Dalmeny Trio, the swing klezmer trio Yiddish Song Project and Red Note Ensemble.

Joanna’s compositions include the score for the dance work In Situ, which won a Herald Angel at the Edinburgh Fringe Festival, and several musical stories for children, which are performed by her group Sonsie Music. She is an Early Years Music and Story Specialist with Scottish Book Trust, and enjoys creating and performing music with young musicians. 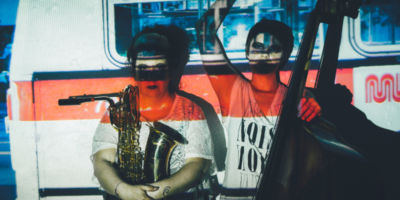