Born in Canada, clarinetist Heather Roche lives in London. Recently referred to as “The Queen of Extended Techniques” and “a figurehead for contemporary music performance practice” on BBC Radio 3, she appears regularly as a soloist and chamber musician at European festivals, including the London Contemporary Music Festival, Acht Brücken (Cologne), Wittener Tage für neue Kammermusik (Germany), Musica Nova (Helsinki), MusikFest (Berlin), BachFest (Leipzig), Manifeste (Paris), etc. She was a founding member the Cologne-based hand werk, and currently plays with Apartment House (London) and Mimitabu (Gothenburg). She has a longstanding duo collaboration with the German accordionist Eva Zöllner, with whom she has recently performed at the Venice Biennale and Mixtur Festival (Barcelona), as well as on tour in Mexico and Sweden. She has also worked with the Musikfabrik (Cologne), the WDR Symphony Orchestra (Cologne), the London Symphony Orchestra, the London Sinfonietta, Alisios Camerata (Zagreb), and ensemble Proton (Bern), among others. She wrote her doctoral thesis at the University of Huddersfield. Her blog on writing for the clarinet attracts 90,000 viewers each year. In 2014 she was the recipient of a Danish International Visiting Artist’s stipendium. She is also reviews editor of TEMPO, published by Cambridge University Press, and teaches clarinet at Goldsmiths University, London. Her debut solo CD, Ptelea, is out on HCR/NMC, and her CD featuring the clarinet works of Christopher Fox, Headlong, appears on Métier. She also records regularly for the Another Timbre label. 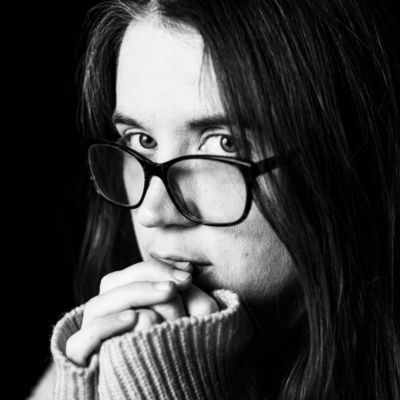