Georgia Rodgers (b.1985) is a composer of instrumental and electronic music whose work focuses on textural and spatial aspects of sound. In 2016 she was selected as one of Sound and Music’s New voices and in 2018 she was an Oram Award winner. She has worked with artists including Séverine Ballon, Oren Marshall, Serge Vuille, 840 series, the Marsyas Trio, the Riot Ensemble, Apartment House, and Quatuor Bozzini, and has had releases on NMC Recordings, All That Dust and SNVariations.

Georgia studied Physics and Music followed by a Masters degree in computer music with Michael Edwards, both at the University of Edinburgh. She has a PhD in composition from City, University of London with a particular focus on music for instruments and electronic sound and the human experience of listening and space. Her supervisor was Newton Armstrong.

Georgia has also worked as an acoustician for a firm of consulting engineers, specialising in architectural acoustics, and as a scientist researching the effects of environmental noise on human health. She lives and works (and was born) in north London. 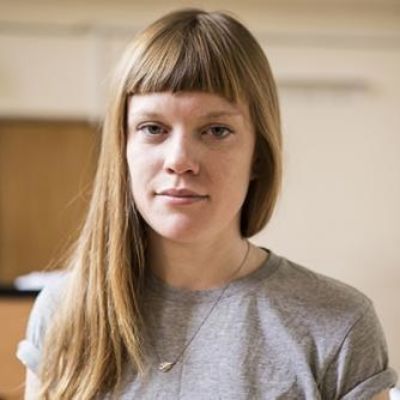