The …virtuosic Fidelio Trio… (Sunday Times) are Darragh Morgan, violin, Adi Tal, cello and Mary Dullea, piano. Shortlisted for the 2016 Royal Philharmonic Society Music Awards, the Fidelio Trio are enthusiastic champions of the piano trio genre, performing the widest possible range of repertoire on concert stages across the world; they are broadcast regularly on BBC Radio 3, RTÉ Lyric FM, WNYC, NPR and featured on Sky Arts documentaries; they have a impressive list of commissions and first performances from the leading and newest composers and have a large discography of highly acclaimed recordings.

Since their debut at London’s Southbank Centre, they have appeared at the Wigmore Hall and Kings Place and at festivals from Brighton and Cheltenham to St. Magnus and from Gregynog to Huddersfield; regularly performing across the Irish Sea at National Concert Hall, Dublin, Kilkenny Festival and Belfast Festival at Queens and overseas in Shanghai, Porto, Paris, Venice & Florence, Johannesburg, New York City, Princeton, San Francisco and Boston.

Their extensive discography includes Korngold and Schoenberg (Verklärte Nacht arr. Steuermann) for Naxos; the complete Michael Nyman Piano Trios for MN Records; multiple releases on NMC, Delphian Records and Convivium including portrait CDs for composers such as Luke Bedford and Michael Zev Gordon. Their next release this year will be the Ravel and Saint-Saëns trios for Resonus Classics.

Keen to ensure the future of the piano trio, The Fidelio Trio work closely with composition and performance students at institutions across the UK and all over the world including the Peabody Conservatory, Curtis Institute, Stellenbosch Conservatorium and WITS Johannesburg and have been artists-in-residence at St. Patrick’s College Dublin City University, University of Illinois at Champaign-Urbana, and the State University of New York, SUNY.

The 2015-16 season has included a series of French Piano Trios at St. John’s Smith Square, a residency at University of Birmingham, a tour of India, the ‘Beyond Borders’ PRS for Music Foundation tour of UK and Ireland with composer Piers Hellawell and T.S. Eliot Prize-winning poet Sinéad Morrissey, many festival appearances and an extensive tour of Asia. They continue as Artistic Directors of their annual Winter Chamber Music Festival St. Patrick’s College, Dublin and continue to be passionate in their advocacy for the piano trio across the world. 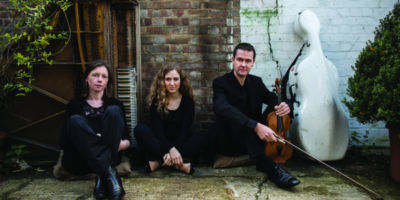 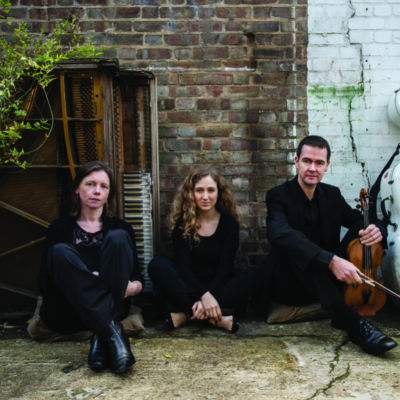