In 2007 Fabiana was commissioned by visual artist Andrea Fasani to create sound for her installation  “30”. The work is a large- scale project based on the theme of memory and the  “disappeared” (Argentinian people who were killed by the military during the last dictatorship). The work was shown at the emblematic political square Plaza de Mayo in Buenos Aires.

Since then to the present she is the curator of a monthly season called “Instantes Sonoros “ (“Instant Sounds”).  Each year an average of ninety significant national and international artists are invited to play concerts of experimental, improvised and electronic music, including sound art and performance.

From 2008 to the present she has been performing as part of the “Buque Factoría “ artists group (“Trading ship”) .The project´s aim is to explore and manipulate old record players and “prepared” turntables with both clay and LP records improvising in real time. She´s also member of  “Resplandecencias “ trio  (  “Shining “ ) for flute, clarinet and prepared piano.

She has recorded a solo work for piano voice and percussion and has won two grants.

Projects in Scotland have included piano recitals at Cottiers and Tramway Theatres in Glasgow, Dundee and St. Andrew’s Universities and Northern College in Aberdeen,amongst others. She was invited to do a residency to create experimental music by Deveron Arts Foundation. She performed with reknowned Scottish fiddler Paul Anderson at the Halloween Festival and for BBC Radio. She was also invited to perform a solo recital at ” Sound “Festival in Aberdeen ( 2006 ) , premiering works by South American contemporary composers.

Fabiana’s teaching experience ranges from one to one piano tuition at Fine Arts University in La Plata, Junior School at RSAMD and Edinburgh City Broughton School to extensive work with groups. She has given several workshops on improvised music and sound creation for trained musicians and created the educational project “Music from Scratch”, a specially designed workshop for non- musicians. Her aim is to encourage children, non -musicians and musicians to create work and develop musical skills both as individuals and as a team. 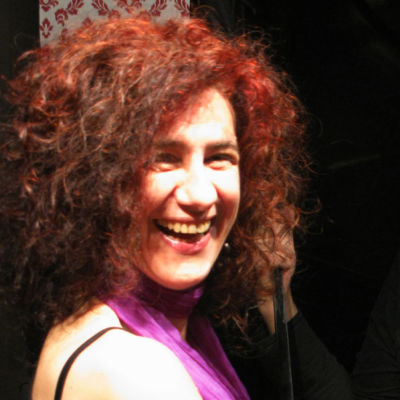