Cellist and composer Duncan Strachan will be familiar to many audiences across Scotland as an active chamber musician in the Maxwell Quartet, Kapten Trio and Spencer-Strachan Duo, as well as a regular guest for Red Note Ensemble, and the artistic director of the Loch Shiel Festival in the Scottish highlands. As a soloist and composer, Duncan's latest project brings together his work as a cellist and composer to create a solo performance featuring pre-recorded source recordings combined with live performance, to create unique, site-specific collage works specific to the location of each event.

Cellist and composer Duncan Strachan is rapidly emerging as one of the most dynamic and exciting musicians of his generation. His music has garnered a reputation for its unique diversity, drawing on his Scottish background, and his work ranges from from music commissioned by the leading performers of the classical world, to interdisciplinary projects which span dance, electronic music and the visual arts. As a soloist and chamber musician, he has given tours across Europe, Asia, America and the Middle East.

A graduate of Oxford University and the Royal Conservatoire of Scotland, Duncan has been the winner of numerous competitions in the UK and abroad, including awards from the Worshipful Company of Musicians and the Edinburgh Society of Musicians, and has been a finalist in competitions including the Royal Overseas League, Osaka International Chamber Music Competition and the Carl Nielsen International Chamber Music Competition. Duncan performs regularly in the UK and abroad at major venues including the Wigmore Hall, Perth Concert Hall, St Martin-in-the-Fields, the Bridgewater Hall, and many more. He has recorded for Delphian Records as part of Live Music Now's 'Luminate' disc of new commissions by Scottish composers, and his music features on Robert Irvine's Songs, Lullabies and Elegies' released on Delphian in 2016 in aid of the children's charity, UNICEF. 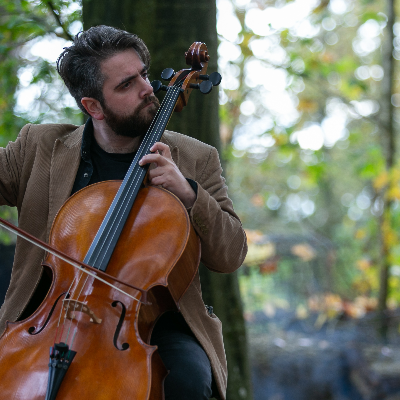