Born in Norwich in 1948, Diana Burrell followed studies at Cambridge University with several years as a teacher and worked as a professional viola player, before devoting herself to composition. She found an early champion in the conductor Richard Hickox who premiered her huge ‘Missa Sancte Endeliente’ (1980) and this was followed by a number of significant pieces inspired by her love of the natural world  - the orchestral works ‘Landscape’ (1988) ; ‘Resurrection’ (1992), ‘Symphonies of Flocks, Herds and Shoals’ (1995-6) ; the string quartets ‘Gulls & Angels’ (1993) and ‘Earth’ (1998) and her opera ‘The Albatross’ (1987).

Diana Burrell’s interest in music education and music in the community has been reflected in both her teaching at the Guildhall School of Music & Drama, her highly successful tenures as Artistic Director of both the Spitalfields and Harwich Arts Festivals and the creation of works especially for young/amateur performers including ‘Scenes with Birds’ (1989) and ‘Anima’ (1993). Her catalogue includes a great deal of choral music, both sacred and secular, that ranges from works for the Three Choirs Festival and King’s College, Cambridge, Festival of Carols (‘Come Holy Ghost, our Souls Inspire’ (1983) and ‘Christo Paremus Cantica’ (1993) respectively), to pieces for more modest forces such as ‘Michael’s Mass’ (1997)) -a congregational setting for unison voices and  ‘Lights and Shadows’ (1989) for unison choir, SATB chorus and an orchestra that includes recorders and percussion as well as low strings and brass.

Central to her output are a series of Concertos, beginning with a work for her own instrument, the Viola Concerto (1994), followed by the Clarinet Concerto (1996), the Flute Concerto (1997), the more unconventional ‘Concerto for Violin, with Singer & 3 Ensembles (2009) and culminating in ‘Concerto for Brass and Orchestra’ (2016), commissioned for the BBC Symphony Orchestra.

More recent works include ‘The Hours’ (2010-11), a striking cycle of eight works for solo organ (or related instruments such as accordion and harmonium) and differing ensembles, structured around the ancient liturgical ‘Hours’ of the church ; ‘Blaze’ (2013), a BBC Proms commission for the Norwegian brass ensemble tenThing ; ‘Sing, Friends, sing to the honour of the Lord’ (2014) for Opus Anglicanum and ‘Wo soll ich fliehen hin’ (2015), a contribution to William Whitehead’s ‘Orgelbuchlein’ project. Future plans include a Mass for Brentwood Cathedral and a work for horn & strings, commissioned by the European Union Chamber Orchestra. 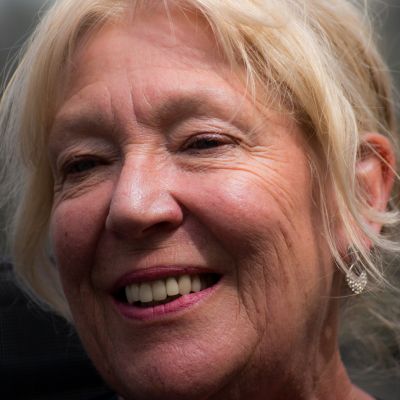