Since leaving the Royal Northern College of Music, Claire Babington has had a busy and varied career as a freelance cellist working with the Hallè, Manchester Camerata and Liverpool Philharmonic. Her enthusiasm for contemporary music in particular has resulted in the participation of premiers all around the North West and London. As a member of electric string quartet Litmus she has performed at a huge variety of concerts and functions in Manchester, London, Cannes and Brussels.

Claire has been interested in baroque cello and, in particular, the role of cello as stringed continuo ever since taking part in her first historically informed concert at the RNCM under the directorship of Andrew Manze. Over the years of study to follow, although she devoted most of her time to performance on modern cello, she took every opportunity to learn early performance practice techniques from visiting teachers; not just cellists, but professors of other baroque instruments such as Annette Isserlis, (viola), Pauline Nobes, (violin), David Francis, (harpsichord), Sue Addison, (sackbutt), Lisa Besnoziuk, (flute), and David Staff, (natural trumpet). At the same time she looked out for chances to put what she had learnt into practice, playing continuo for various baroque courses (Britten Pears and the Yorke Trust for example), setting up regular chamber music rehearsals and concerts as well as providing continuo for instrumentalists and singers performance exams at both the RNCM and University of Manchester.

As a baroque cellist Claire has combined solo performance with playing continuo for a wide range of vocal and instrumental repertoire. In demand as a continuo cellist she has worked on operas by Handel, Monteverdi and Rameau in Norfolk for the York Trust as well as Purcell’s Fairy Queen and Dido and Aneas in Snape, Suffolk and The Lowry in Manchester. As well as many historically - informed performances of Bach’s St John Passion and St Matthew Passion as well as Handel’s Messiah, Claire has also played in continuo workshops with Mark Padmore as part of the Orchestra of the Age of Enlightenment’s St John Passion project at Snape Maltings. She has recently completed an MA at Manchester University, researching the sources and inspiration behind modern day continuo cellist’s performance practices. As well as giving continuo coaching and workshops at Manchester and Liverpool University and Oxford Cello School, Claire has recently performed two Vivaldi Cello Concertos with the Manchester University Baroque Orchestra. She also gave a recital of early Italian cello sonatas by Lanzetti, Caporale and Bononcinci, as a result of extra research on cellist/composers resident in London at the beginning of the 18th century. Other baroque performances include Bach’s Solo Suite in G as part of a recital given at the Town Hall in Dewsbury and Bach’s B minor Mass in Glasgow and Acis and Galatea in Tel Aviv and the Chaise Deux Festival, with the Dunedin Consort. Most recently, she has performed Bach’s Solo Suite in G for Fiori Musicali and Bach’s Solo Suite in D minor for Reading Bach Choir. Claire plays on a modern copy of an early Stradivarius model. 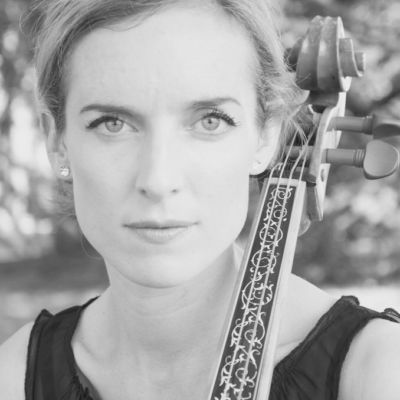