Amit Anand (b.1989) is an award-winning composer whose compositions have included music for TV Serials, Children’s rhymes, Background Score for documentaries, short films and feature films. Amit Anand also worked as a music producer for Independent artists such as Rinosh George (This is Bengaluru, 2014) and Gubbi the rapper (Amma, 2016).

Over the past 10 years, Amit has been actively involved in progressing the music scenes of both South India and Scotland as a composer, arranger, producer, educator, record and mix engineer. His music is inspired by the scales and ornamentations of Indian classical music set against a backdrop of jazzy harmonies.

In 2015, Amit Anand started his education as a composer under the tutelage of Rory Boyle and Dr Colin Broom and he is now a graduate from the Royal Conservatoire of Scotland with an honours degree in composition. Amit Anand has also received training in Electroacoustic music from Prof. Alistair MacDonald.

During his studies, he has written several Chamber music and Electroacoustic works most of which were premiered in the Plug festivals (2016-2018), Glasgow. Notable works include Jugalbandi for Tabla and Electronics, An evening with Albert for an 8 piece ensemble, Elastic written for Red Note Ensemble, and Thali, a solo piano piece. He also composed songs and background score for a commercially and critically acclaimed Indian film titled Gultoo. STV featured Amit Anand on their popular evening show where he spoke about the experience of producing the music for the movie in collaboration with Scottish musicians and engineers.

In 2020, Amit Anand launched an online music school Pianoshaale which aims to establish a piano pedagogy in the regional languages of India starting with his native language Kannada. 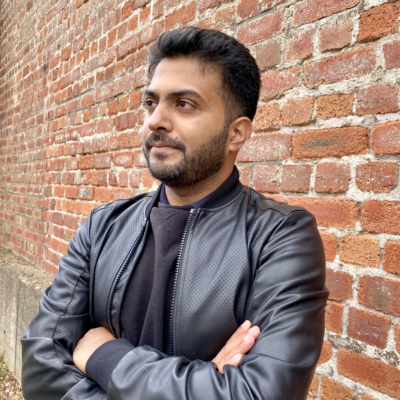