In August 2016, sound announced that John De Simone was to be sound's first ever composer-in-residence for the next three years.

As composer-in-residence, John was commissioned and supported to write four new works, and was also one of the tutors at sound's annual composition course for 14-19 year olds, Go Compose!, in 2016 and 2017, and on our new year-round composition programme, Get Composing.

In 2016, his new work The F Scale premiered alongside Andriessen’s seminal De Staat and was performed by Red Note, I Solisti del Vento (Belgium) and Song Circus (Norway) at soundfestival, and in Belgium and The Netherlands.

His residency concluded in 2018 with the premiere of a deeply personal new work, Monster, which he developed with leading Dutch contemporary group, Ensemble Klang. 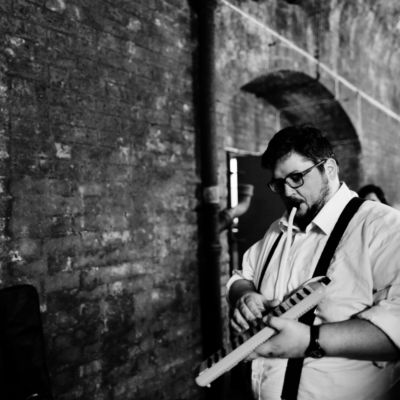