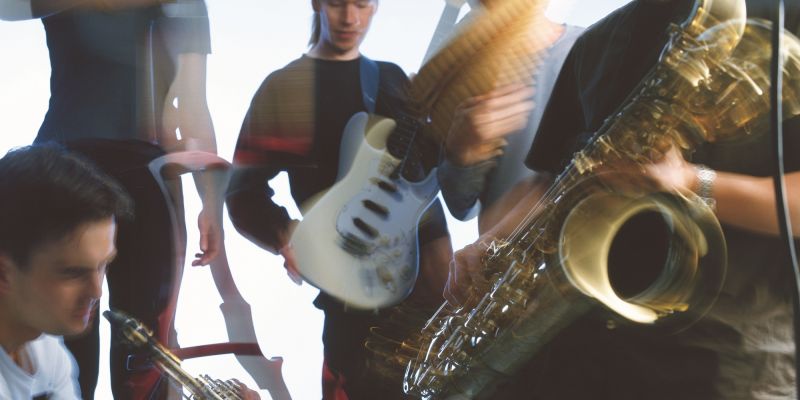 System Restart is supported by PRS for Music Foundation, RVW Trust and the Hinrichsen Foundation.

This concert will be broadcast by BBC Radio 3 at a later date.

There will be a soundconversation with Linda Buckley after the performance.

Icebreaker builds on its reputation for championing new music by young musicians with
the chops and attitude that redefine music.  Six composers from this new generation
populate the System Restart programme, and they are taking high profile prizes and
establishing increasingly international profiles.  As it turns out, they are all women.

English composer Kerry Andrew's output includes an opera about swimming, performs
folk inspired music under the moniker of You Are Wolf and has just had her first novel
published by Penguin.

American Elizabeth Kelly writes music which twists elements of rock and jazz into new
shapes and throws memories of Chopin waltzes into the mix.

Jobina Tinnemans' work includes music for table tennis players and hedge shearers and
is represented here by one of three pieces she has written for Icebreaker.

The work by Dutch-Australian Kate Moore has just been awarded Holland's most
prestigious composition prize, the first time it has been won by a woman.
And the programme is complemented by Glasgow-based Irish composer Linda Buckley's
exquisite, soaring Azure, plus music from Anna Meredith's surging, joyful Moshi Moshi's.