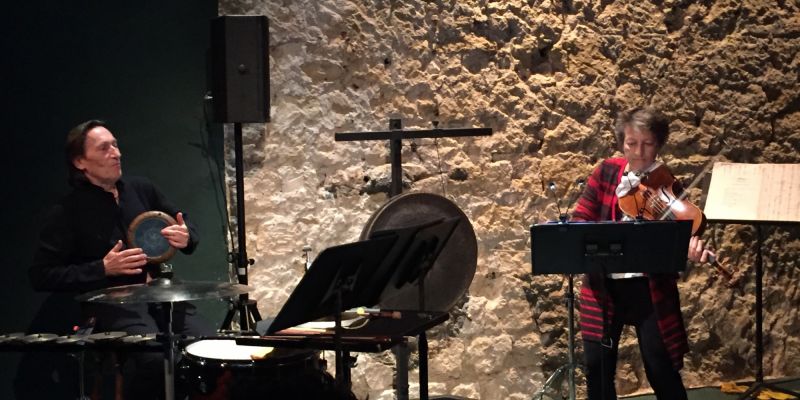 AllWays, French duo Claire Merlet and Alain Huteau, take you on a musical and poetic journey in this concert which features Berio’s Naturale based on Sicilian folk songs, and includes new works from Chinese composer Xu Yi and Lebanese-American composer Joëlle Khoury.

The inspiration of this piece comes from Two-people Rotation (Er-ren-zhuan), a genre of local folk dance and song from northeast China. It usually consists of two people, a boy and a girl. They sing as well as dance. It is very popular due to its humorous dialogue and sketches, which have eclipsed the old dances and songs.

A centrepiece by Berio for Viola, Tom-Tom, Marimba and Sicilian melodies.

The piece is a series of short variations, about one minute each, on an elusive theme by the viola, in its own turn vaguely inspired by a Middle Eastern chant.

Clarinettist and improviser Sylvain Kassap fleetingly invites us to India (evocating the traditional instrument Sarangi) over a free and obsessional music.

Garth KNOX - No pitch, no problem

A bite of humour and juggling where the Viola becomes percussion and the percussionist becomes improviser!